We held a 10th Anniversary Concert on the 4th of April 2014 following the Starlight Swing Orchestra's first appearance in 2004 on April the 3rd.  There are still five members of the band with a full ten year's of service and two others that joined in 2004!

The band was augmented for this one occasion with the addition of fifteen string players so that we could play some of our earlier arrangements as they were intended.  The players that joined us that evening included past and current players from the Hallé, BBC Philharmonic, and many other top notch ensembles.

Also performing with us was Maxine Molin - a very talented and versatile Harp player who will feature in some of the numbers.

Players have links with the following organisations:

The way we were:-  Pictures from a concert from October 2005 and a rehearsal from November 2005.

Spot the current members - especially the versatile Mike Lormor on piano at that time.

In 2006 the Bolton Octagon Theater presented a show "The Blonde Bombshells of 1943" and commissioned a professional photographer to present an exhibition at the theatre.  The Starlight Swing Orchestra was the subject for the exhibition and here are a couple of the photographs:- 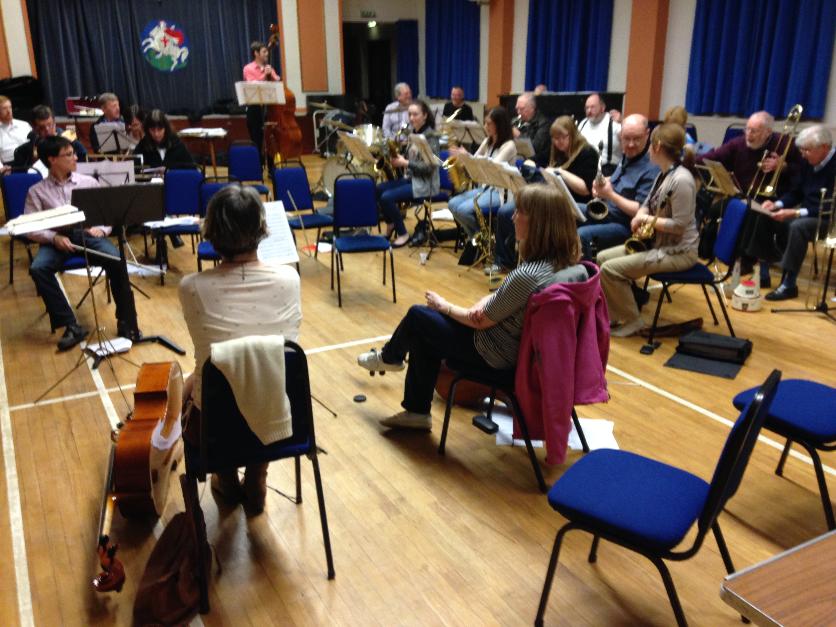